You have a Windows 64-bit server and you must install the 32-bit version of SQL Server 2005 Reporting Services on this machine, which means that you must install Server 2008 64-Bit Asp Components. In this tip, I'll go through the steps you need to take for this installation.

64-bit operating systems have always been a problem, you can find out how to enable nuisance asp components for server owners in server 2008 64-bit and how to solve them. Once the Persits or ASP Component has been installed, we need to do what we want to install;

When we restart our server, the asp component will now run smoothly. You can use these operations within other components.

To allow IIS 6.0 to run 32-bit web applications on a 64-bit Windows, go to the  % windir% \ Inetpub \ AdminScriptsdirectory and run the adsutil.vbs script with the following parameters.

This allows IIS 6.0 to run 32-bit web applications - these steps are  specified in this Microsoft TechNet article , which applies to 32-bit web applications, including ASP.NET  . You can then install SQL Server 2005 Reporting Services 32-bit and install ASP.NET 2.0 as part of the .NET Framework installation. However, before you install SQL Server 2005 Reporting Services, you must manually install ASP.NET 2.0 32-bit in IIS 6.0 after you configure it to run 32-bit if the .NET Framework is already installed. Web applications, otherwise, you receive the same error in the screenshot above.

If you have a Windows Server 2008 64 bit machine, there is more work to set up and configure IIS in 32-bit mode. SQL Server 2005 Reporting Services depends on IIS 6 or the previous metabase. So, even though you have IIS 7 already installed, you will still encounter a similar error in the following screenshot. 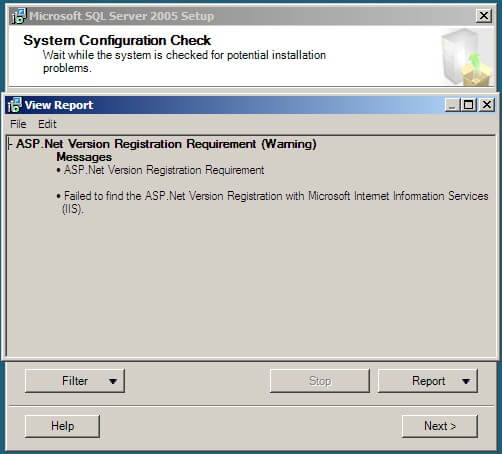 What's good about IIS 7 is that it supports IIS 6 backward compatibility through IIS 6 Metabase Compatibility and IIS 6 WMI Compatibility. Installing both of these will also configure the IIS Default Application Pool to run 32-bit, similar to running the adsutil.vbs script for Windows Server 2003. To install these two options, you can add them to Role Role Services in IIS 7, configure them if they are already installed, or by using the Add Roles option under Server Manager. I have IIS 7 already installed, so I added the IIS 6 Metabase Compatibility and IIS 6 WMI Compatibility options by using the Add Role Services option. 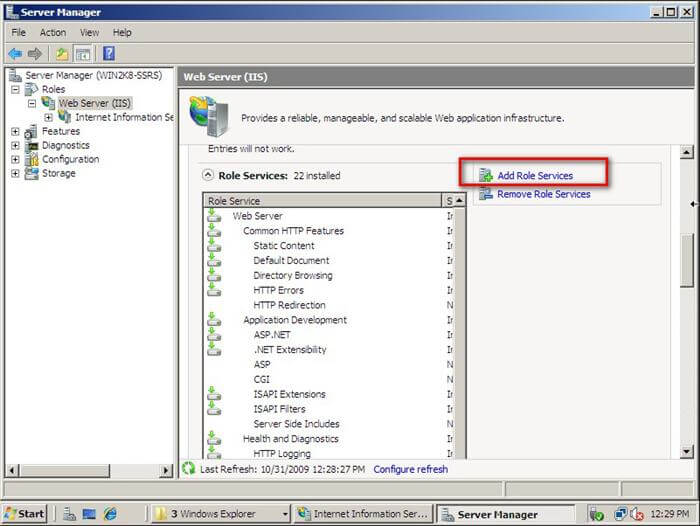 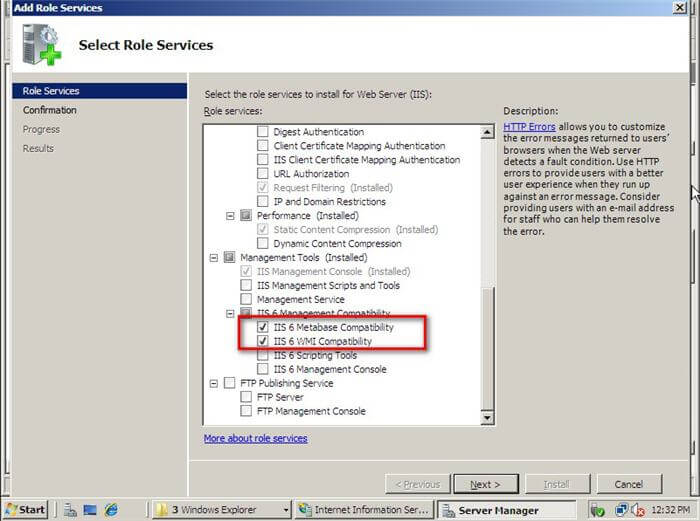 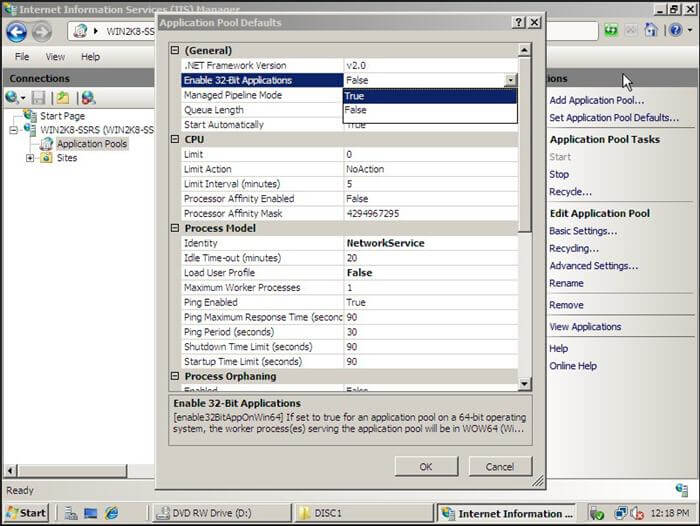 After you install SQL Server 2005 Reporting Services, be sure to apply the latest service packs and cumulative updates.